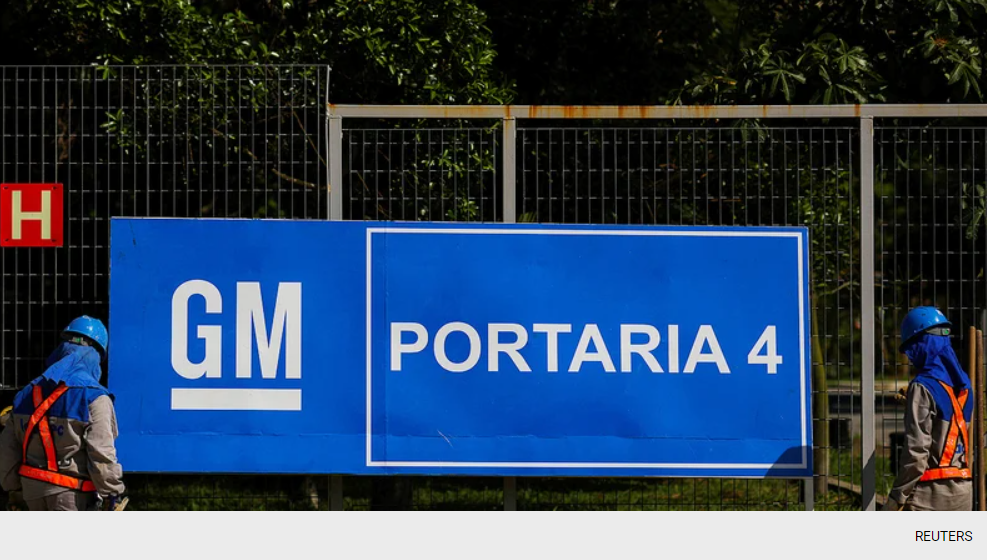 SAO PAULO -- Global automakers seeking emergency financing for their plants in Brazil have reached an impasse with several state and private banks, after the lenders demanded collateral from the parent companies, two sources told Reuters.

The sources said the carmakers have balked at the request, delaying any decision on the billions of Brazilian reais sought by automakers.

Brazil is South America's largest auto producer and a major base of operations for General Motors, Fiat Chrysler Automobiles, Volkswagen Group and Ford Motor Co., which are requesting a bailout for their local units to weather the crisis stemming from the coronavirus pandemic.

An auto industry source familiar with the negotiations said the companies still hope a deal can be made before May 8, when Brazil's auto industry association will hold a regular news conference to discuss production figures.

The Brazilian government has been trying to coordinate bailout talks with industries including airlines and autos through its National Development Bank and other state-controlled banks like Banco do Brasil, but also including several listed banks with no government ownership.

The auto sector started the talks with banks and government demanding a 100 billion-reais ($19.10 billion) bailout. Reuters reported earlier that sources doubted the package will reach that amount.

The automakers, which also include Nissan Motor Co., Toyota Motor Corp., Honda Motor Co. and Hyundai in addition to France's Renault and Peugeot, have stated they require urgent loans to make payroll and to keep alive what they describe as a crucial supply chain that contributes a significant chunk of Brazil's GDP.

The government and the banks, on the other hand, want to compel the carmakers to share any loans with their suppliers and dealers, who also employ many people, one of the sources said. Also included among the banks are Banco Bradesco, Itau Unibanco and Banco Santander Brasil.

The development bank also is in talks to help airlines with 10 billion reais in aid, but discussions have stalled because of the Brazilian government's request that the loans be convertible into equity.

The auto industry source said the carmakers are seeking loans with low interest rates and long maturity dates, and with some form of local collateral.

The other source said banks do not consider auto plants in Brazil particularly appealing as collateral, saying they would be hard to sell if necessary.

Ford recently tried but failed to sell its oldest plant in Brazil, in the state of Sao Paulo. It has since shut down and employees have been laid off.